You are here: Home / My Childhood / This Communism Stuff is Great!

This Communism Stuff is Great! 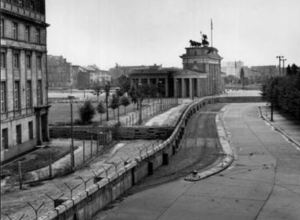 Oh sure! Communism: Equality for all. A “classless” society! Won’t that be grand!…..really?  Of course communism has never worked because the right people haven’t tried it yet.

Today is a break from my format slightly in that I’m having guests on tonight. I have a guest who is an immigrant that lived in Germany under communism. Here’s a taste in her own words:

I grew up in Brachwitz near Halle, which is south of Berlin.
I caught the tailend of the Nazis ( was born 34 ). My father was a lutheran pastor, and went to jail under the Nazis 3 times, because he preached against Hitler.
The Americans ” took” our town, but we were traded to the Russians, so the Allies could have part of Berlin, which became 4 sectors ( English, American, French and Russian ) For this, they traded us to the Commies.. that’s when the next hell started.
Her story reminded me of the essay I used as the preface in my book which was written by Kitty Werthmann: “Don’t Let Freedom Slip Away”
I stumbled onto this person on twitter and we began to chat. I asked her to come on my show and you’ll hear her in her own words.
I’m going to start out with a reading of the essay by Kitty Werthmann.
Then as a doubleshot of fun, Annie from Southern Sense right here on btr will join us. I thought Annie might like to ask Addie some questions too. For Annie and I it’s Eastern Standard Time 🙂
Get set to have some fun!
Share this:
Filed Under: My Childhood, Today