You are here: Home / My Childhood / Aehren Lesen and The Church Bell

Aehren Lesen and The Church Bell

We went “Aehren lesen” meaning we picked up the heads of wheat, rye.. oats etc, that were left in the harvested fields. My siblings and I were very good at this. We could tell if someone had made a real find! Quickly moving in on the finder.. our bags were filled quickly. It truly was “survival to the fittest” at the expense of our academics in school.. we had become “survivors “. Being the eldest of the 4 of us.. I was always looking out for my siblings.. and here I do recall that I did not shy away from beating up on kids (boys namely).. if they had the nerve to beat up my brothers. A huge block of stone and dirt followed me as we left after I beat up on one boy. I did tell this story before, but somehow it is such a mind-sticker..

Coming home, mom would praise us according to how much was in our bags. This was our norm also, that your work was praised.. not your good intentions. Emotions and uncomfortable topics were not discussed. Mom did the best she knew how.”Brunhilde” the lady who helped mom out here and there, was a big influence on me. She was the one I would pound with questions I didn’t dare ask mom. 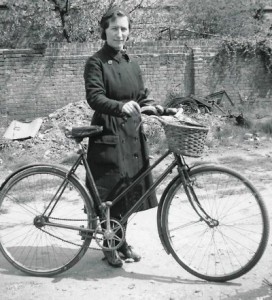 For instance: “what is a bra?” And how grown up would you have to be to wear one of these contraptions? Brunhilde explained that real skinny people didn’t need one and I liked this answer. I was so skinny that I would surely never have to wear one of those things. It was Brunhilde who would be riding next to me on her “Rickety”, food hunting. Another thing I remember so well. 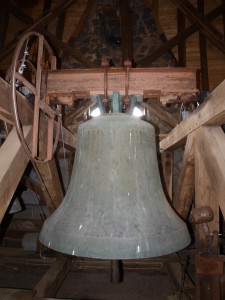 Our church bell. This thing was huge and heavy. Every time someone in the village had died.. Herr Wolfgang would ring that bell.. this could be heard all over the village and beyond. People in the streets would ask:”Who died? The bell is ringing.” This bell was our church’s pride.. We had the biggest, most beautiful bell in the whole area. And.. of course someone wanted to take it from us. Hitler’s honchos wanted it. They came to dad and they said: “We need that bell to melt it down and make bullets out of it.” Dad was beyond angry.. and he would not give it up for anything. He said:”NO.” It was one of those things “endearing” him even more to the Nazis… and it surely added to the charges brought against him when they took him to Nazi-jail. But to this very day, this bell still hangs in the church tower, proudly proclaiming my dad’s guts to saying “NO” !

I learned much from dad.. namely to be honest and stand up for your convictions. Dad also practiced compassion and he would visit the sick and the needy. Often he would share whatever it was we had to give. Mom wasn’t always too thrilled with his big-heartedness, but take it or leave it.. dad practiced what he preached, putting his very life on the line with Hitler’s henchmen. Dad was my hero.. He is to this day! 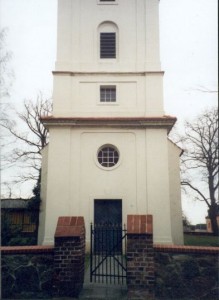