You are here: Home / My Childhood / Just a Gallon of Milk

Just a Gallon of Milk 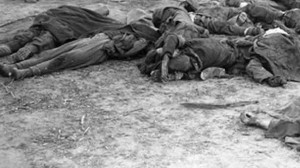 One morning mom asked me to run over to the neighboring farm to fetch some milk. It was near the end of this horrendous war and many had died, so needlessly many.

Hitler had demanded that even the tiniest village to be defended to the very last drop of blood. For our tiny village alone 9 soldiers left their lives. It might have been 11, I am not sure right now. Dad, as the pastor of our village had gathered the dead soldiers and had them laid in front of the huge barn that fenced our property.

The dead soldiers were covered with huge grey blankets. Every time I walked outside.. I had to pass the bodies of those poor guys.

As I went to fetch the milk, it was no different, I had to pass those bodies. In a hurry.. as I always was, seems to me I never walked, I always ran, I took of to the next door farmer with a large can in my hand.

Then it happened, somehow I got too close, and I tripped over the boots of one of the bodies. Their boots were sticking out from underneath the blankets. I was horrified.. got back up and really really ran. I fetched that milk.. then made a huge circle passing the bodies as I returned back home.

This is most probably the most horrific memory I have.

Dad notified the widows and families of the dead soldiers and they arrived within just hours, it seemed.

Then dad, together with the families, buried those soldiers in our little cemetery in Brachwitz, in a mass grave. 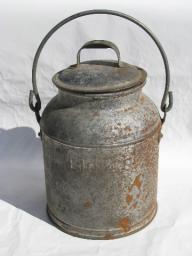 Share this:
Filed Under: My Childhood Tagged With: dead, soldiers