You are here: Home / My Childhood / Pastor

At this point, and after my recent post “Angry Child” I feel it necessary to explain how I see a Lutheran pastor. The same probably applies to pastors of many other denominations. They are well dressed, ‘spiffy’ as Addie would say, their hands are well manicured, their demeanor is very gentleman-like, they are well educated and they come across as very trustworthy …and of course, honest.

So far so good. Now.. here are my thoughts. These men are representatives of the Word of God, right? What then would be their utmost important goal (or should be)? Most definitely to show people the way to God! Yes? And there only is one way.. according to what God says in his word.

The one way to God is to know Jesus Christ as Savior!

“For God so loved the world that he gave his only begotten son. That whosoever believeth in him should not perish but have everlasting life.” – John 3:16 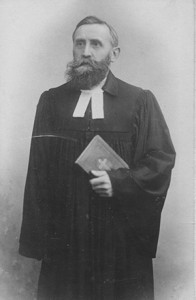 This however, I have never heard from one Lutheran pastor.. ever! Growing up as a pastor’s daughter, I was required to behave like a ‘fine’ person, to know scripture, to make my Confirmation. I was not one time told how I would receive eternal life. Yes, as a pastor’s daughter I could not have told you how to be saved.

No, the pastor’s I knew in Germany were employees, paid by the state. I learned later that my father had wanted to become an architect but was forced to become a pastor because it was in the tradition of his family. His father was a pastor and his father before him too, so Theo was to be a pastor, and a pastor he became! Not from conviction nor calling, but a vocation.

Dad defied the Nazi’s and did ask questions and speak against Hitler from his pulpit, which was something that most pastors did not dare to do. But with the great respect I do have for dad and for how he voiced his opinion in the face of personal danger, I did not hear of Jesus and salvation from him.

I decided to question a Lutheran pastor about his views concerning this. It turned out that this pastor had no idea.. what the way to God is. I am not saying, that all of the previously described men have the same lack of knowledge.. but either way.. this shocked me. How can a pastor that has no knowledge of what God says about this.. lead a congregation in following Christ? Scary, to say the least. My explanation about this is that all and everything in certain churches has turned into stiff ritual. Ritual and Form. This has nothing to do with what God says. The Gospel can be understood by a 2 year old. It is that simple. The simplicity of the Gospel has gotten lost in these churches.

Lost in Form, Ritual and cold stiff meaningless habits. This is what “Religion” is. Religion is not the same thing as a saving relationship with Jesus Christ.

Even money comes into the picture here. Your money gifts do not get you to Heaven. Jesus does. Do we hear this message in many of our churches? 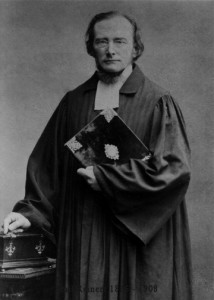 Maybe it’s just me, but since this is my blog.. I feel that I should talk about it. In my words: “Satan did it again, he successfully buried the simple truth in a bunch of lies.” Yes, the father of all lies was and is very successful in hiding the very simple truth.

I had to say all of this because to those who do not know Jesus Christ, it causes confusion. As for me.. I found this very simple truth because of some selfless, loving lay-people.. here in America, who showed me the Way. God bless them!

You Lutheran and many other pastors, let little me tell you this: What we need from you is the expounding of the word of God.. yes this entails all of the OT and other scripture that are difficult to understand.. You have studied all this and should be well able to explain it to us. Now please gentlemen.. explain to us how we find this personal relationship with God. If you yourselves do not know this, then I urge you to humble yourselves, pray, and look at it again. It is the most important thing you can do, and you will be answerable to the Most High!

Now go, visit the sick, care for the needy, teach the Gospel and be humble. God will take care of your needs.. I dare say that you don’t even have to plead for donations and money, because if you do what God demanded of you (and all born again believers) He will see to it, that you will be taken care of. This is the best way I can explain what I needed to say. My blog would be incomplete without me having spoken out on this subject. And those.. to whom this may concern, will hear what I said. Now “Go into all the world”.. ladies and gentlemen..!

“By grace you have been saved, not of works lest any man should boast” – Ephesians 2:8

“Neither is there salvation in any other: for there is none other name under heaven given among men, whereby we must be saved.” – Acts 4:12

“God shows his love for us in that while we were still sinners, Christ died for us.” – Romans 5:8