You are here: Home / My Childhood / The Iron Curtain 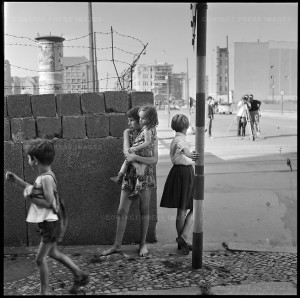 On May 9th – 1945 the “Iron Curtain” was built in Germany, dividing my homeland for almost 1/2 a century. After the Americans traded our part of Germany to the Russians for a part of Berlin, we were again under “total control!” What was the difference between being controlled by the evil Nazi regime and the Russians? Nothing.. other than their colors. The Nazis were brown.. the favorite color of Communism is red. Everything was the same, the total control of speech… the hunger… total lack of freedom etc etc… we were trapped again. America had deserted us… or so we felt.

I now was 13 and all I had ever known .. is what I described already. It shaped me, my thinking and my expectations. Be careful of what you say, because :” Feind hoert mit” ( the enemy listens in ). It all went against my grain.. my personality my transparency.. just everything.. yet I had to deal with it. We heard from the ” West”.. the free part of Germany via relatives and some illegal news reports. ” Illegal” because we were not allowed to listen to anything other than the “Red” news broadcasts (propaganda). We were lied to and kept on a tight leash in every way! 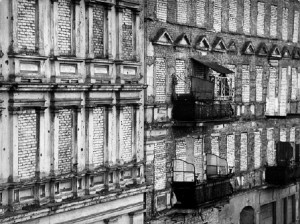 “The Iron Curtain” did not just divide Germany, in Berlin.. it even divided apartment houses. Not ever having known freedom, or even having our most basic needs, like food etc.. met, a life of frustration and a complete lack of freedom took yet another form. Relatives in the West sent packages with things we were so much in need of. Yet, said packages were often stolen, gone through.. precious things stolen out of them. Still, Tante Hanni literally saved our lives with her gifts to us from the West.

I found out very early in my life, that true freedom is the most precious thing we as humans can have.With it comes the freedom of speech.. even thought.
If I could express my thoughts here I would say, preserve your freedom, or lose everything.

To this day, I am appalled when I hear sentences like:” to be politically correct!” It starts right here. Let everyone give this some thought and think about how many things there are that one disagrees with.. but ‘goes along’ with for the sake of fitting in.. or sparing oneself trouble. I could name a lot of things, but everyone of us have our own examples. 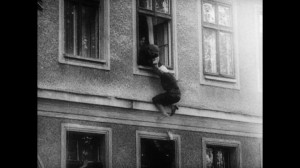 I now had decided to study music with the goal of becoming a singer.. of classical music.. It was not good enough to be good at this, you had to be outstanding. Not only talent but incredible hard studying and practice being foundational. Hard work and study finally had me reaching the first step toward my goal.. I became part of the soprano section of the opera choir in Halle. This was the beginning of my career! But life had other things in store for me.
Still being under total control of communism.. I had a chance and permission from the government, to visit free West Germany. Finally I saw how the other half lived…! They had all the food they wanted, they were able to buy what they liked and most of all, these free people could express and talk about what they were thinking. Unbelievable to me. It so overwhelmed me that I decided I would have to have lost my mind if I would ever return to the “DDR”.. or so it was called.. the Russian-controlled East Germany.

Indeed, I never did return.. I was labled a traitor by East Germany because I did not return. The consequences were terrible, because for many years after this I was unable to ever visit my family. I would have been arrested at the border.. had I tried to enter. This changed my whole future, my goals my life. 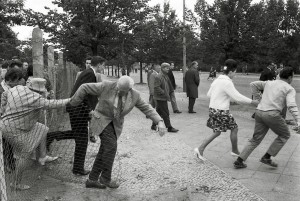 What I learned was this: “Any type of control.. will rob you of everything that makes life worth living”, not even food is as important as freedom. Here I want to say something to America: “Beware.. Wake up! Do not give one inch of your freedoms away, not even one! If you only give a finger.. the whole body will be taken!” 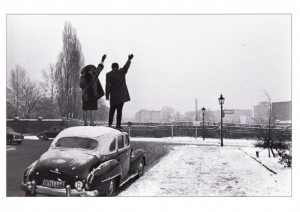